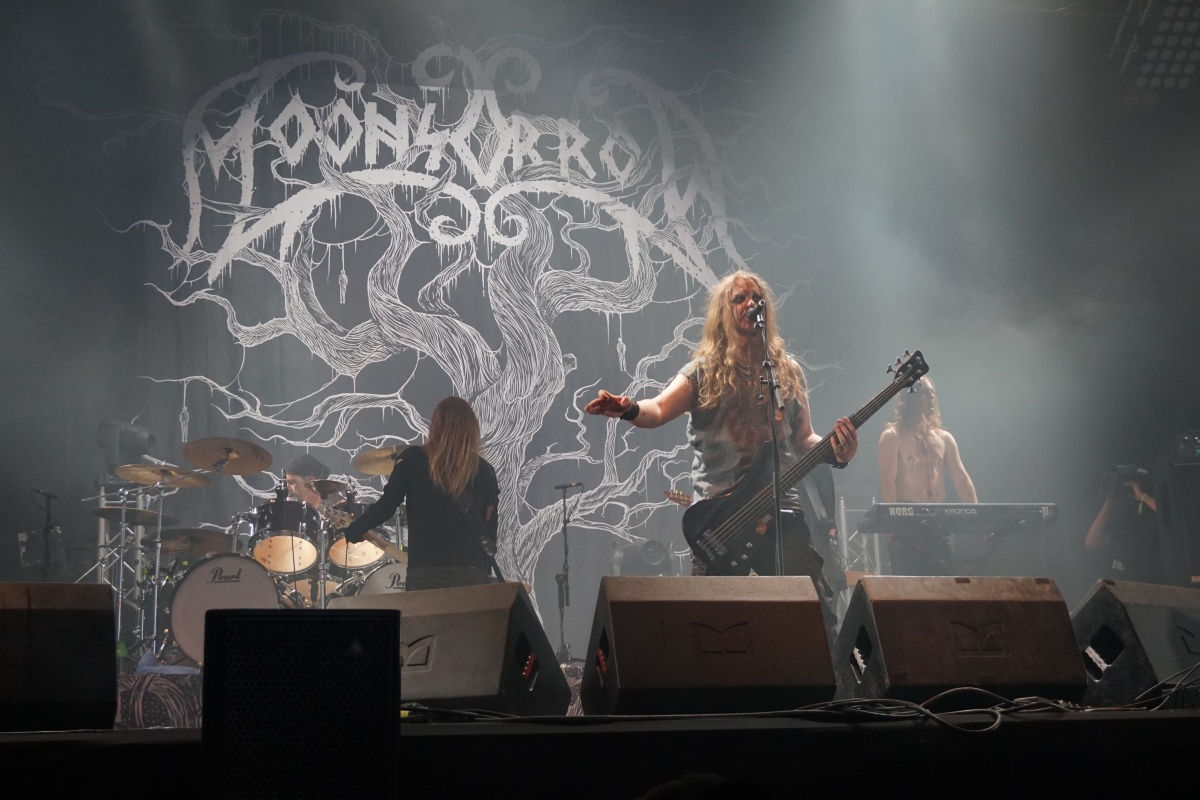 I did a solo trip to Europe, spending 6 weeks there, from 13th June to 24th July. I’ll give my philosophy of why I travel alone, in this post, and how I travelled in another.The original idea was to do it for longer. Go for the full 3 months that Schengen visa allows. But I couldn’t get a sabbatical from work. I used up my normal leaves to go for this one.

Why I specifically chose Europe is also quite interesting. I got hooked to metal music after listening to Megadeth play live in Bangalore last year in October. I started listening to more metal and now listen to a lot of doom/death/black metal. I discovered a lot of bands that became my all time favorites. I was blown away by their music.

A lot of metal has it’s roots in Doom metal that was originated by Black Sabbath. They are truly the pioneers of metal. 2016 is to be their last year of live performances and I decided to catch them live before they sign off. So I booked tickets to Hellfest with a lot of struggle (since they were already sold out). The festival also had Rammstein and Insomnium playing, along with the other big names like Megadeth, Slayer, Anthrax. Only after I got my tickets did I actually start thinking about what dates I would go, applied for leaves and booked my flight tickets. I also found the festival Jalometalli, which was the only place Kalmah were playing. I could also catch Swallow the Sun play live here. I couldn’t get tickets for this one online though, as they had to be collected in person or you had to pay 40 euros to get them delivered, which didn’t seem worth it for 100 euro tickets.

Hellfest was between 17-19 June in Clisson, France and Jalometalli was on 8-9 July, in Oulu, Finland. It seemed like a nice midway point for the trip to have Jalometalli in there. It gave me some structure or goal on my trip. I did end up going to that one as well.

My two main motivations for travelling are:

You get comfortable doing the same things everyday. Everything is easy. That feeling of discomfort and thinking “WHAT THE FUCK AM I DOING HERE!?”, when you are trying to figure things out in an unknown place, is priceless. Hence the solo travel as well. I like travelling with friends, but it’s easy to figure things out when there are more people.

Magic happens outside your comfort zone.

Travelling alone gives you the golden opportunity to interact with people. You are alone and it’s a natural excuse to be more open.

Sight seeing for me is somewhere way down on this list, if I made one. Sure there are some super classy places that you have to go. But for this trip I had none in my mind. “Maybe Trolltunga in Norway”, was the only thing on my mind.

I also like to go without any planning whatsoever. Going solo rocks, because it’s impossible to do this in a group. People start getting restless, without a plan.

There were days on my trip where I had an idea that I should go to this city next, but would look things up after waking up to see my options for rideshare/buses/trains. Then there were days where even the next destination was unplanned, and I just wandered in that general direction. An example of this in my post: Nomad in Norway.

The pros of travelling this way are that you get to decide places based on what people suggest to you or you can stay longer at a particular place if you like it there. I stayed an extra day in Copenhagen and Tromso, because I had good company. I stayed an extra day in Gothenburg to see Deep Purple play live. It’s not possible to do this if you have pre-booked travel tickets.

I wanted this trip to be a little different and less touristy. So I wanted to go up towards the Scandinavian countries, instead of hanging out in Spain, Italy, Switzerland. Plus, these are the places that you go for your honeymoon, so they could be skipped for now ;-)

This is a map of the places that I went to:

Roughly 7 days in France, 3 in Denmark, 8 in Sweden, 5 in Finland and 12 in Norway is how I spent my time. Only spent 1-2 days each in Belgium, Netherlands and Germany, since I wanted to go to Scandinavian countries quickly. Names of cities can be seen here: https://www.google.com/maps/d/edit?mid=1ctmD7O1lX1RMZu2vblTfiuvLcZE

I had to and fro flights between Paris and Bangalore. I had to book a flight from Oslo to Paris 2 weeks into my trip since I realized it would be impossible to come down to Paris again, and the flight prices were rising quick. I also booked a flight from Narvik to Oslo 10 days before my flight from Oslo, since I wanted to spend time in Lofoten Islands in North Norway. So at the end of my trip it was 5 flights over 3 days to come back to India. Narvik -> Oslo -> Paris -> Rome -> Kuwait -> Bangalore.

By the way, my trip was 42 days long and I was hitchhiking. So did I get the answers to life, universe and everything? :-)

My upcoming posts will have details on how I travelled between cities (hitchhiking!) and how much money I spent on the entire trip (budget traveller!). 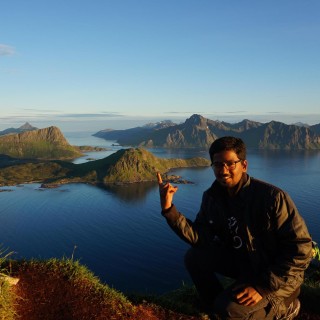